A downloadable game for Windows, macOS, and Linux

In this game you are an egg and you need to find a ridiculous amount of ham. Explore the strange world, encounter the bizarre inhabitants, dodge pizza, summon hippos and explore everywhere to find all the hams! Be sure to be thorough and get home in time for dinner with the King! You don't want to disappoint him...

This game could be considered a shitpost but, its hopefully at least a fun one!
From start to finish the game can take up to 2 hours to see everything. There are currently two normal endings and one secret ending!
The game is mostly first person but there are 3rd person "rolling ball" style bonus levels to find!

Well, this game is being a lotta fun so far! I believe I found most of the new areas as well! There's a village on the cliff by Shrancey's Swamp that I don't know how to get to tho... any tips you can give me? Oh, and I found a place through Merlin that's beneath all that Tubby Custard... Is that Dry Dry Beach, or Clawed Cove?

On a serious note I very much do enjoy this game, it feels like the ultimate tribute to ye egglikes of olde. I just have 3 questions:

Is the Helpful Cloud in Skyworld supposed to warn you about flowers?

Is the ham at Sky Museum supposed to be floating out of reach?

And is there any way to get to the snow island at the beach?

I also seemed to encounter a minor bug where the darkness persisted after exiting the goblin's pot but it went away after going to the skeleton place. I think that's pretty much all I noticed so I'll just say again love the game and thanks for making it.

Thanks for saying so! I just set out to make the egglike I wanted to play really! As for your questions though:

Cloud is correct, flowers are dangerous.
Sky museum ham? You mean the one on top of the Cinema? If so, then yes. Its maybe worth speaking to the wizard! If not then no, that's a bug. I'll have a look around just in case but I think I know where you're talking about...
Snow island is a secret, need to explore a strange shaped castle to get in there.

The bug was fixed pretty quickly, you must've been quick on the draw for the very first version!
Thanks again for playing though! I appreciate all the feedback ^^

Many thanks for answering my questions, I guess the cloud isn't wrong but now I can't tell if collecting hams is good for you or not. And I just mean the place with the dat boi statue.

Also strange shaped castle? On the first island? I swear I was as thorough as possible and the only castles I can think of are on the second island...but it IS on the first island right? Looks like I got some more searching to do.

It is on the first island yeah. Try finding Luigi, then looking for the castle ;)

Big thank, I was not disappointed.

even gooder ham, i enjoy even more

I stayed up all night, almost completing this game.

Truly the peak of egglikes.

... Also uh what's the name of that hot dog thing

Thanks for playing! That's some dedication... Hope it didn't disrupt your sleep too much! And I hope its not too discouraging that there is a new update this Friday. It adds a lot of new stuff so I hope you check it out :D

As for your question...

I was more referring to the origin of the picture, but thanks anyway.

Ah, its actually just an advertisement statue. If you google "Hotdog statue" you should be able to find it!

This was a really fun game! Even the Bonus Levels were only half as annoying as I thought they would be! Can't wait for the new update, and to check out the Quantum series!

Ah, one thing, the message talking about the first Bonus Level doesn't appear. Is that intended?

Such a good game, I really enjoyed how crazy it gets towards the end!

Pizza Archibald is a better character than we've ever had.

Reply
everything chomik234 days ago

Please make a Linux build so I can play.

I'll look into it asap

I hope the new linux build works for you!

hey just wanted to say thanks for this. It works great 👍

Thanks for providing a Linux build! The mouse sensitivity is a little low but it works perfectly otherwise!

Fun and definitely entertaining exploration game. I must know, though, what song is playing in the flamingo pond in the early game. Google and Shazam won't tell me!

You can find it on the soundtrack playlist here

This game is great.
It's fun to explore and collect hams.
and now I want to speedrun this game.
I've already thought about routing of the run.

Please share if you end up running this! I'd love to see how it compares to my route for testing!

It's only really early game routing.
I only really have routing for just quickly breaking out of the first area. 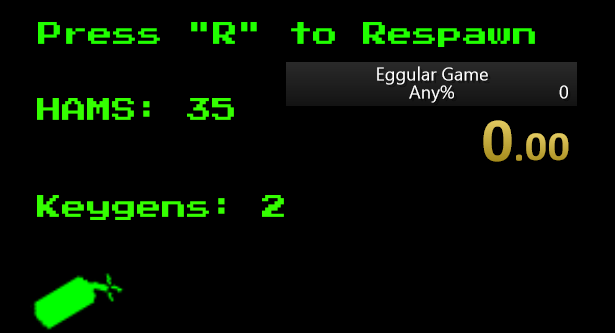 I just did a test run but i didn't time it because i'm still experimenting with routing.

Does the game save data? I really have a limited schedule most of the time.

Not yet I'm afraid, I plan on adding a save feature for the next version where I'm adding another level which will double the content. I'll have a test version out sometime in July.

Sounds great. ~ I'll hold off a lil till then. Keep up the amazing work. Seriously, we need more people making games like this. It's gotten so sparse.

the hype is too real 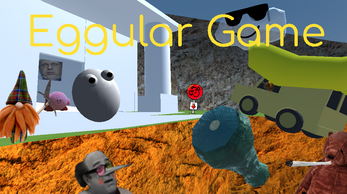 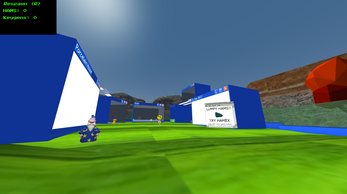 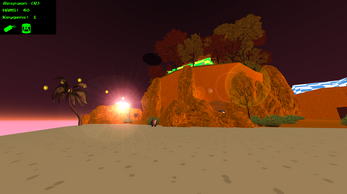 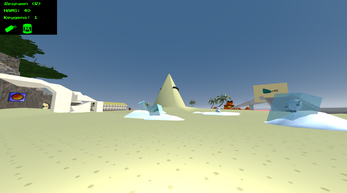 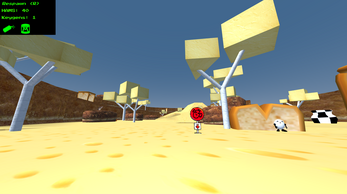 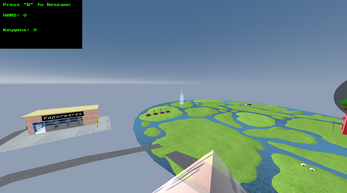